Get on the path to a straighter smile today!

What’s the Difference Between Invisalign Teen and Invisalign for Adults? 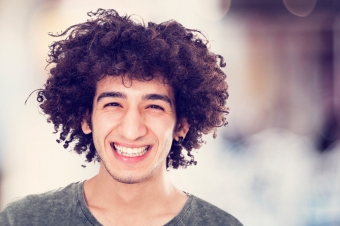 Invisalign is brand of clear aligners that can straighten teeth without metal or wires. Invisalign also makes a line geared toward specifically to the needs of teenagers, and today we’d like to review a few of the things that make Invisalign Teen different from the original.

First, a quick explanation of Invisalign itself.

Invisalign is a series of clear, smooth plastic aligners that straighten teeth just like metal braces do. The aligners are transparent, and so it’s quite difficult to see them when they’re being worn. This makes them a great treatment option for adults and teens who are concerned about the aesthetics traditional metal braces for professional or social reasons.

Invisalign aligners come in a series of sets, which are change out about twice a month. This reduces the frequency of appointments at the orthodontist’s office, as the aligners don’t need to be adjusted by an orthodontist.

And since Invisalign aligners are removable, you can take them out to eat, brush and floss, eliminating the dietary limitations that are associated with traditional braces. And, you can brush and floss just like you normally would, too.

How is Invisalign Teen Different?

So while Invisalign Teen is more or less the same product, there are a few important differences:

Invisalign teen aligners have small blue dots on them that slowly fade during the 2 weeks they're supposed to be worn. Once the blue dots fade away completely, it's time to switch to the next set. On average, teens tend to be less compliant, and less likely to wear their aligners as prescribed. The blue dots will only fade completely when the aligners have been worn for two full weeks (336 hours), thereby allowing the necessary tooth movement to take place.

So, while it’s not recommended, the aligners can be worn part time, until the blue dots fade, and treatment will continue, if more slowly.

Invisalign Teen is suitable for teens who still have some of their baby teeth, or whose adult teeth are not quite finished growing in. There are spaces in the Invisalign Teen aligners that accommodate the adult teeth, allowing them erupt through.

Invisalign Teen comes with 6 sets of replacement aligners to help reduce treatment delays as a result of lost or broken aligners. This can be helpful for teens who are still maturing and are maybe not quite as responsible with their things as they could be!

Contact Smile Town North Delta today for a consultation with our team, to find out if your teen is a candidate for Invisalign Teen.

How is a Pediatric Dentist Different From a Regular Dentist?

A great resource to help get your kids ready – and excited – about visiting the dentist.

Enter your email address below to get the FREE activity book and to receive our latest news and updates.